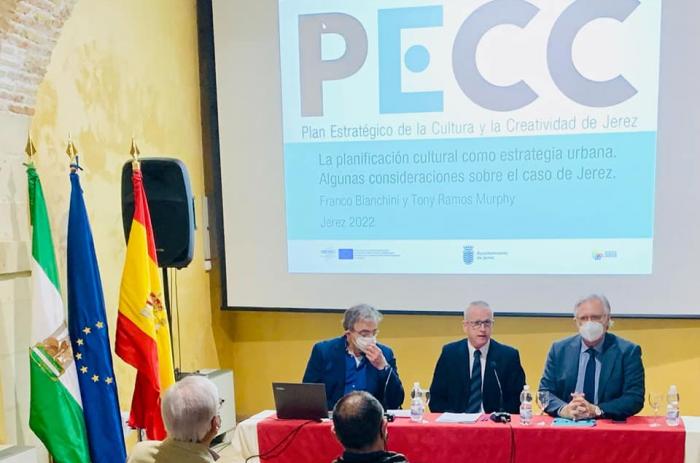 This Spanish city, located in the province of Andalusia, has been selected as a survey-style laboratory for the crossover themes of Urban and Territorial Rennovation and Health and Wellbeing.

Jerez has just begun building a strategic cultural and creative plan for the city based on a holistic view of cultural transformation and, in addition, it will apply as European Culture Capital 2031. The plan embraces a specific conception of culture as a single powerful prospective cross-cutting system involving individual, social, economic, and urban territorial improvement.

The municipality of Jerez organised a two-day conference on 21st and 22nd of February to announce the news. The event was attended by the mayor of Jerez, Mamen Sánchez, the members of the MESOC external advisory board, Tony Ramos Murphy and Franco Bianchini, together with Pau Rausell from the University of Valencia.

During the conference Murphy and Bianchini held two seminars on cultural planning as an urban strategy for local development.