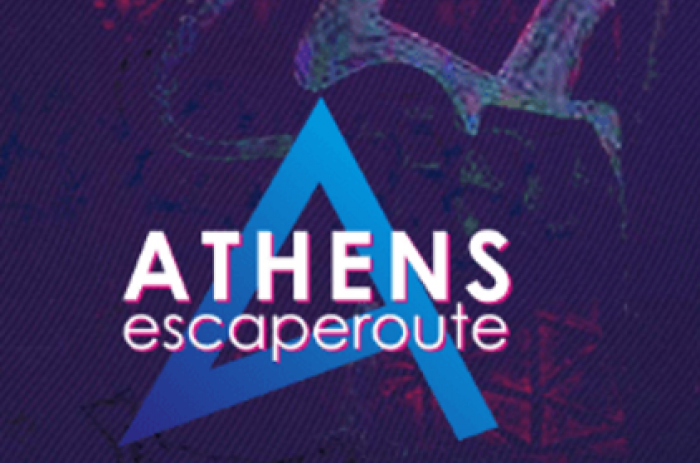 The Municipality of Athens and its Culture Network, the Athens Culture Net, in collaboration with a civic non-profit company of actors, So7, and the Escaped Live Adventure Rooms presented the first online puzzle and virtual tour game about Athens and its culture. This digital treasure hunt, "ATHENS ESCAPE ROUTE", was freely accessible for all, for 10 days duration, from April 29 to May 3 last spring, during the local lockdown due to the COVID emergency.

However, the emergency situation due to the coronavirus and the adaptation of new measures for the protection of public health stressed to move the game from a neighbourhood level to a digital field, with the same goal: to create, along with the organization So7, a game of mystery and puzzles, which includes questions about Athens, the municipality, the architecture and landmarks of the city, but also includes additional questions recommended by more than 60 members of various cultural institutions of Athens, offering in parallel knowledge through a fun experience.

This digital game was specially designed for the Municipality of Athens and was the first of its kind, proving that the local government can produce work in a modern way. The participation overcame expectations, including more than 3500 players. The number of puzzles was high and required searching, creative thinking and ingenuity.

The feedback was very positive, such as the following indicative comment - "I just completed today's puzzles. I sweated, burst out, went crazy and broke my head in order to resolve them but I really enjoyed it. I can't wait for our next appointment tomorrow! " Most importantly, those who started playing participated until the end of the game. It is also worth noting that the hours of the game were specific, and the thousands of participants played in parallel. Also, from a statistical point of view, several games such as commercial video games in Athens do not gather more than 600 participants simultaneously. Incentives were also provided, thanks to the support of the Athens Development and Destination Management Agency (ADDMA), as well as the support of Benaki Museum, the National Theater and the National Museum of Contemporary Art Athens.

The best confirmation of the success of this original digital game was that EUNIC, the European Union National Institutes of Culture asked for cooperation with Athens Culture Net and contacted So7, in order to create, on the same model, a variant digital game, for the European Day of Languages 2020.

For more details on the online game organized for September 26, please follow the link.